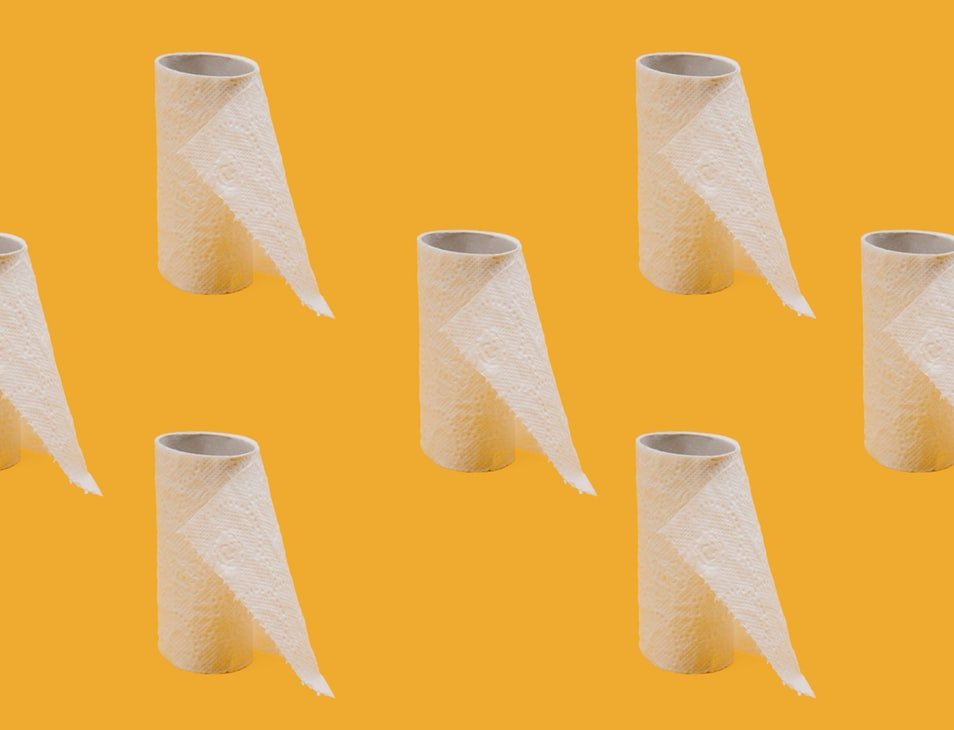 In the past year, my toilet’s gotten choked every few months. At first I felt guilty. I thought it was my fault, maybe something fell in ages ago? I dunno! 🤷🏻‍♀️

Plumber #1 came to the rescue about 3 months ago. He managed to unclog it using pressure, but he couldn’t find the source of the clog.

Just a month later, it was clogged again. But this time, he wasn’t successful.

The second plumber came yesterday. We told him the toilet had already been checked. So he made a cursory toilet inspection upon arrival and headed straight for the sewage.

Plumber #2 opened the sewer grate and we could immediately see the difference between my toilet and my mother’s. The opening to her pipes was clean, whereas mine was black and grotty. The plumber wasted no time, and got to work clearing whatever was blocking my pipes.

Over an hour of disgusting, hard work later… and it was out! A huge cylindrical network of roots had nestled itself in my pipes. As it turns out, in an old house like ours, it’s common for trees and surrounding plants to get entangled in the plumbing and invade the pipes over time.

After much yanking, wrestling and cutting, the culprit of the mystery toilet clog was identified and removed.

My toilet is finally usable again. Hooray! And I’m now a little wiser about piping, sewage, toilets and just how little of a shit mother nature gives about humanity’s attempts to civilise it.

Beginner level
Employing a password manager. Password managers allow you to use strong, individual passwords for all your accounts by managing them all in one place. So that even if one account gets hacked, the damage is limited. Try lastpass or 1password.

Intermediate level
Activating two-factor authentication (2FA). 2FA can take several forms. It might be a one-time password sent by SMS to your phone, or a time limited code from Authy, Google Authenticator or some other authetication tool. Gmail, SingPass, and your bank already do various forms of this. You should activate it across your other accounts wherever possible.

I expected to find a lengthy article on authentication incredibly boring, but this was well written and informative. As the number of online tools we use increases and security becomes a greater issue, the responsibility rests squarely on our own shoulders to keep our online identities safe. For this reason, this article is worth the read.

If you’ve bought a U2F device, I’d love to hear your experience with it!

Did you know Jack Conte from Pomplamoose founded Patreon?

On his Podcast, The Ground Up, Matt D’Avella interviews Jack Conte 🎧 about why he started Patreon and his experience going from successful Youtuber to running a 200-person business. I especially enjoyed how Jack Conte thinks of career stages like business stages – being in product-market fit stage vs growth stage.  He talked about how we often try to mimic successful people who are in the growth stage of their career, when we, ourselves, might still be in product-market fit stage. And how we therefore don’t get the same results. He advises that the more useful thing to do is spend time trying a bunch of random things to see what sticks, much like how a company looking for product-market fit typically tries a variety of things before finally finding the thing that takes off. People don’t talk a lot about this stage because it’s unglamourous, littered with failure and the output is usually amateurish. But it’s this process of experiementation that leads us to finding the thing that makes us successful. And it’s important not to miss it.

FYI:
Pomplamoose makes jazz or funk covers of famous pop music on Youtube.
Patreon is a software that lets fans pay creators a small monthly sum to support their work.

The tenacity of Melanie Perkins, founder of Canva

Melanie Perkins learnt kite surfing to network with investors and created a special pitch deck to woo a potential hire that was out of her league (spoiler alert: he’s now Canva’s CTO).

She had the idea for creating user-friendly editing software in university. Rather than ambitiously trying to take on Photoshop, she began her path to creating Canva by first creating a yearbook design and printing service in Australia. She built a successful yearbook design company then set her sights on her true goal. That’s some incredible foresight and patience.

Despite not knowing how to code at all, Melanie Perkins built a tech unicorn valued at USD2.5billion.

Learn more about how Melanie Perkins built Canva on the NPR podcast, I Built This 🎧.

Thanks for introducing me to How I Built This, Angela!

What you do for work is limited by your imagination

That’s my key takeaway from this NYT article, Meet the Money Whisperer to the Super-Rich N.B.A. Elite 📰. Joe McLean’s job is to play money nanny to NBA superstars. He almost made it to the NBA himself, but got cut en route to training camp. Nevertheless, that opportunity made him the contacts that led to his new job – helping elite basketball players manage their millions. Joe McLean is entrusted with everything from helping them budget (buy one car, not twenty) to preventing them from getting conned (it should only cost $500 to mow your lawn, not $5000).

This article is a great reminder that jobs are what we make of them. Don’t box yourself in by imagined limitations. Joe McLean wanted to be an NBA basketballer, but he ended up managing Klay Thompson’s money. Not a bad career switch, if you ask me.

David Goggins is a bad ass

David Goggins is a Navy Seal, Army Ranger and elite Ultra marathoner. He recently relased his autobiography, Can’t Hurt Me 📚, which is a quick yet inspiring read. If you like exploring what your brain is capable of, you’ll like this book. For David Goggins, everything he’s achieved has been accomplished through sheer willpower. This guy takes the idea of “mind over matter” to the extreme. I can’t say I 100% agree with this approach, but I do resonate with his idea that what we think is “our best” is probably only about 40% of what we’re truly capable.

Pardon the pun, but it seems like sneaky underhand serves are gaining popularity in the pro tennis circuit.

Because they’re a little weird and unexpected, they work well to get an easy point or two. I definitely think it’s unsporting, but admire the creativity and understand that it’s definitely within the rules. I imagine it’ll die down in popularity once people start to expect it and it stops working. But in the meantime, check out this video compilation of underhand serves 👀 and decide for yourself whether they’re underhanded.

Why does HBO Go Suck?
I’m selling my backpack on Carousell for $0.