In the game, I’m a Gnome Beastmaster Ranger who also happens to be a pyromanic, named Pim.

But let’s take a step back, and talk about what Dungeons and Dragons (DnD) actually is. DnD is a make believe roleplaying fantasy game. You and your friends pick characters, then go on quests together.

There’s also the dungeon master (DM). This person is crucial to any DnD game. He (or she) is in charge of narrating, creating the universe and roleplaying everyone else in the world aside from the players. He also keeps track of stats and determines the difficulty of gameplay.

I’ve only played twice and am a massive noob by any measure, but that hasn’t stopped me from delighting in the game. For reference, a single DnD game lasts as long as you want it to (years, if you like).

Here are some things that make the game stand out for me:

You wouldn’t expect it, but having limitless options is actually daunting. Most of the players in my party (the collective noun for the people playing) are as inexperienced as I, and we often aren’t good at making decisions about where to go and what to do. It’s only when faced with obvious options (do we go through that door or not?) that it becomes easier to choose.

While I haven’t yet done a good job at taking risks and making creative choices, having the opportunity to do so has been really eye-opening. It’s such a clear parallel to real life and reminds me that most people don’t handle choice and freedom very well. Just like in real life, our party often find ourselves artificially limiting our options to make things simpler.

In the future, I’m looking forward to making more unorthodox choices that I wouldn’t typically make in real life. I suspect doing so in an imaginary world will empower me to be bolder in real life, and I’m curious to see if that hypothesis holds true.

Fantasy is one of my favourite book genres. And having the opportunity to “live” inside a fantasy novel is something that really appeals to me. So far, role playing as a pyromaniac, animal-loving gnome, I’ve set houses on fire, and killed humans to save animals. I’ve also had fights against re-animated skeletons and evil creatures.

Importantly, it’s also been a great way to suspend reality for a couple of hours. Playing DnD is like being absorbed in a good book. You get caught up in the story and its like you’ve hit pause on the real world. For the time I’m playing, I’m Pim; a chaotic good gnome, who wants to do the right thing, but on her own terms.

Discovering and impacting the world

The world is very dependent on the DM, dungeon master, that imagines it. Fortunately, I’ve been playing with a great one. How things develop and tie together come down to his story telling abilities, how intricately he’s imagined the world you’re all playing in and how good he is at improvising when we make unexpected decisions (like the time we attacked an old lady and burnt down her house, when we were initially there to help her).

At the same time, the party’s decisions and character also have a huge impact. Do we stay in one place and build relationships? Wreck havoc on a village and leave? Or pass through a place quickly with little impact?

When you read a book, you’re at the mercy of the author. It’s their story to tell, and you’re just along for the ride. In DnD, you’re part of the story and your decisions matter.

Ask good questions and make interesting decisions, and you uncover more of the world and make a bigger impact. Or you could do boring stuff, and learn little about the monsters and treasures that lie in wait just around the corner.

Your party makes or breaks the game. DnD is NOT a single player game. Going on quests and adventures with your fellow friends who just happen to be elves, half-orcs, and humans is what makes the game fun. You never really know what they’re going to do, and benefiting or suffering from each other’s decisions is part of the adventure.

It’s also really fun seeing your real life friends get sucked in to the game, and transforming into bards, paladins and thieves.

If you can’t already tell, a large part of why I enjoy DnD is because I get to do things in game that I can’t but wish I could do in real life.

It’s unfortunate that the game has a reputation for being uncool or something that’s too nerdy for the average person, and I think that’s a shame.

If you’re even the slightest bit interested, I enthusiastically encourage you to find out more. After all, there’s a reason why it has legions of rabid fans.

Feel free to message me about the game if you’d like to learn more or simply check out some of these videos on DnD that I’ve enjoyed:

What happens when a handful of powerful people draw on their own experiences to write policy that determines the lives of millions?

This brief article considers the idea that while everyone draws from their own experiences when making decisions, the effects are deleterious when elites do, as their impact is significantly larger than most. Hence, they must do something most mere mortals cannot – they must practice extreme empathy when making decisions that don’t actually affect them or their daily lives. This is hard, and they often fail, but we must demand it of them anyway. Link to article →

This is a short but wide-ranging interview with great questions featuring Yasmin Green. She is the director of research and development at Jigsaw, an arm of Google’s parent company, Alphabet. Worth reading for insight into how Jigsaw/Google/Alphabet approaches online threats from radicalisation of terrorists to trolling. Link to article →

I used to think that antibiotic resistant bacteria would be the next big epidemic after cancer. Only worse, because bacteria is infectious and death happens within days. Fortunately, it seems like phages could be the answer. Phages aren’t man made medicine, they’re actually bacteria-hunting viruses. Yes, phages are viruses! But they don’t harm us. They’re more like snipers (capable of killing a person in a crowd), rather than a grenade (kills everything around it indiscriminately). Read more to learn about how we can harness them to fight against super bugs. Link to article →

“Cities, like Oslo, have been built for cars for several decades, and it’s about time we change it,” Hanne Marcussen, Oslo’s vice mayor of urban development, said in an email. “I think it is important that we all think about what kind of cities we want to live in. I am certain that when people imagine their ideal city, it would not be a dream of polluted air, cars jammed in endless traffic, or streets filled up with parked cars.” Link to article →

This is fantasy at its finest. It’s also book 1 in a trilogy and 2016’s Hugo Awards Best Novel.

This book sat rotting on my figurative Kindle book shelf for awhile, before a boring flight compelled me to pick it up again. Previous attempts at reading it failed because the book starts with little context or explanation, and makes no effort to help readers get their bearings.

Good thing for that flight, because once I figured out what was going on, I couldn’t stop reading. The world building is world class, the writing style novel, and the characters are multi-dimensional. There are bits of darkness in the book that really shook me, and I appreciate her ability to take her imagination to both good and bad places. I also enjoyed the nonchalant gender diversity. The book included transgender people, gays, lesbians and polygamists in an off-handed way that made it seem completely normal and not a thing.

I finished the 2nd and 3rd books in the trilogy in 3 days. While the later books provided answers to a lot of questions raised in book 1 (and also won Hugo Awards), I found them to be less special than the first.

A thoroughly enjoyable read and a book I’d highly recommend if you’re into fantasy! Link to author’s homepage →

Putting My Phone Away
Freediving Is Mindblowing 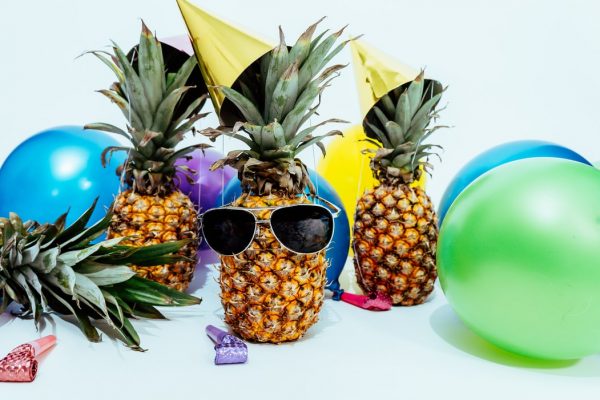 Why I write this newsletter (plus celebrating a milestone)

Our self-perception often lags behind reality, and how this could be holding you back