One of my goals for Newsletter Glue is getting experience

While it’s true that people start from zero and build billion dollar companies in a decade, I think it’s unlikely I’ll join those lofty ranks.

Instead, I’ve chosen to start small with a WordPress plugin, build my foundations and go from there.

Rob Walling calls this the stairstep approach, and Nathan Barry calls it the ladders of wealth creation. They’re broadly the same concept, so pick your favourite famous founder and read that.

Since the point of Newsletter Glue is getting experience, my perspective on everything that happens has been akin to unlocking new stages in a video game. With each new stage, comes new skills, weapons and obstacles to overcome.

I don’t expect to complete the entire game on one life the very first time I play. Instead, I expect that each time I go to the next level, I’ll “die” quite quickly because that level is both new and harder.

I’m not seeking a perfect run, or to emerge unscathed. My goal is much smaller – I’m looking for firsts. Because encountering something for the first time is the surest indicator that I’m moving forward.

And with that in mind…

Here is my first review on the plugin directory from a total stranger and what I’ve learnt from it.

Yes there are some caveats in there, but we’ve more or less sorted them out. This lady also ended up being my first actual support ticket!

We received this review within 2 days of being on the WordPress directory.

This seems really mundane, but it means three important things:

Now… Onto the next level!

🤔 Product thought for the week
Seamlessness is something I keep coming back to. My goal is to design Newsletter Glue to fade into the background as much as possible. I want people to be able to do the job they need to, without software getting in the way.

🍕Hot and fresh from the Interwebz

This week’s articles are a little heavy. But, combined, they’re excellent primers on key parts of today’s tech landscape.

Blockchain, the amazing solution for almost nothing

This is one of the more honest articles about blockchain written for the general public that I’ve seen so far. The technology has lots of potential, but we’re just not there yet. Most of the blockchain projects I’ve seen don’t actually use that much blockchain (if at all). Or they go off-chain at key points which negates any perceived security, decentralisation or technological upgrades in the first place. Link to article →

In some cases, 41% of the first page of Google is devoted to Google’s snippets, suggestions and more. It steals information from sites and presents them as answers directly on Google so that people visit the originating site less. They’ve been sued all over the world for these practices.

I can’t say it’s unethical. After all, Google is a for-profit company, they’re not a public good. And I frankly don’t understand why people keep expecting them to act like a public good.

But I do hope that they keep getting sued (that’s how checks and balances work), and that people keep demanding legislative change.

I use duckduckgo for most of my searches, but have to admit they also show answers on their search engine rather than direct users straight to websites. The only reason they don’t get called out for it is because they’re significantly smaller. Looking forward to a new search engine with a completely new approach. Anyone know of any? Link to article →

Who and what is Epic games? – A primer

Epic Games, the maker of Fortnite, has been in the news lately because they baited Apple into an anti-trust lawsuit. You’ve probably read about it already, so instead, here’s an excellent write up about the company behind it – Epic Games. Learn who they are, their motivations, and how they make their money. Link to article →

The above articles were a little heavy, so here’s an image that made me giggle. 🤭 classicalartshits on Instagram →

Avoidance stew
Went kayaking and strained my back

Why does HBO Go Suck?

Where are you? Why aren’t you writing? What’s going on? 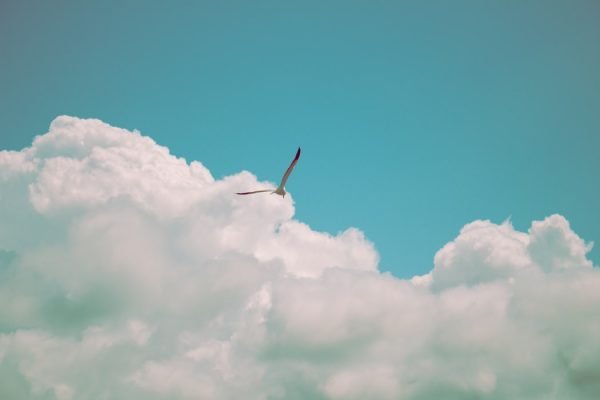 I parted ways with a big client this week… Now, what’s next?