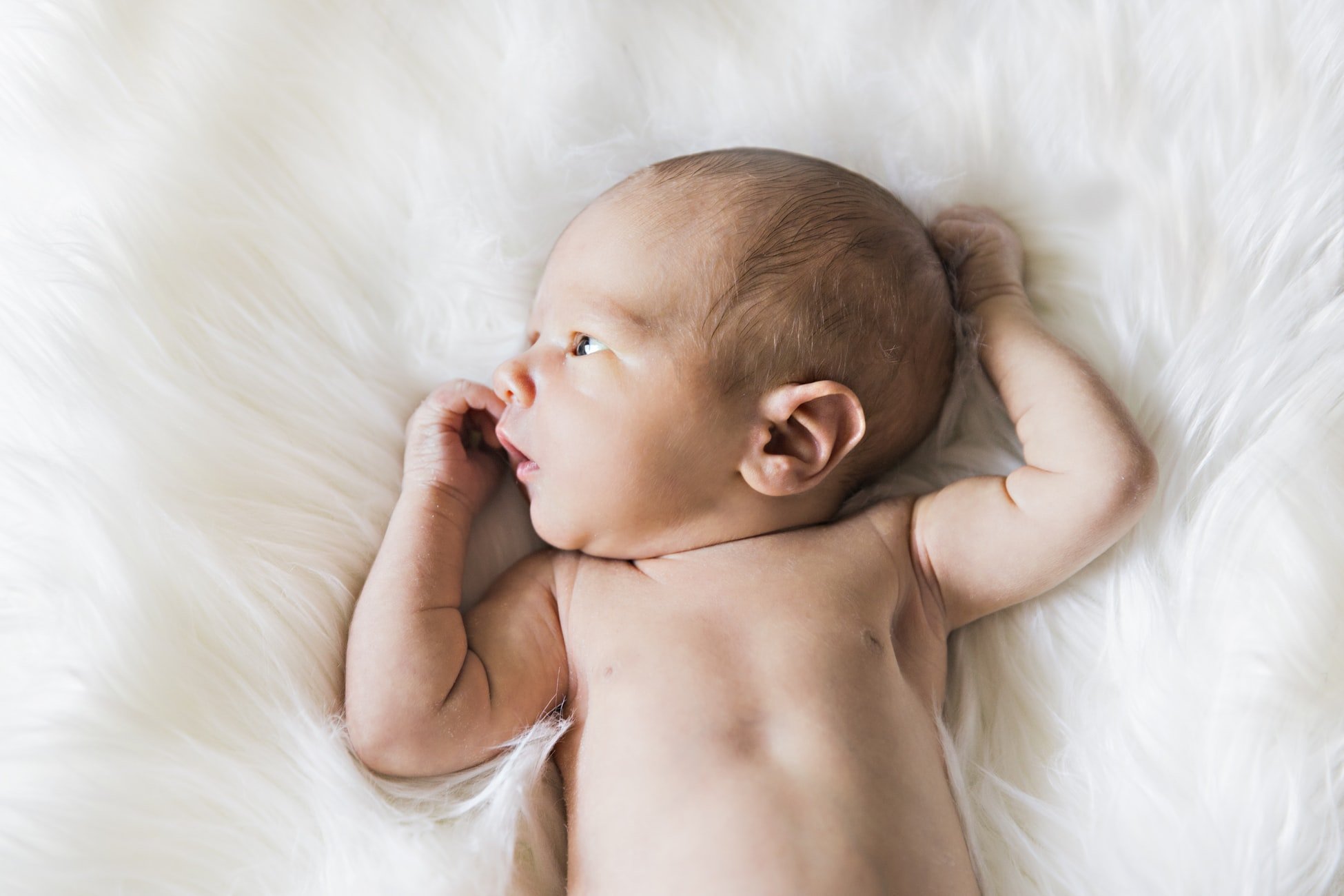 This past week, I visited two babies. Both mothers are old friends of mine, so it’s slightly surreal yet wonderful that they both have children now.

Unsurprisingly, I was asked both times if I planned on having babies myself. Twice, I found it difficult to collect my thoughts and form a coherent answer. And so, I figured it’d be a good idea to spend some time structuring my thoughts by way of this blog post.

You see, I really like babies. And there are plenty of reasons to have one (or some). They are endlessly cute, entertaining and adorable. I also enjoy the nurturing aspect of parenting a child. While some might find this daunting, I think moulding a little person into a fully grown adult sounds incredibly rewarding. And finally, who doesn’t like the idea of having someone morally obliged to take care of you when you’re older?

Yes, you heard me right the first time. I am not particularly keen on having kids.

An earlier attempt at explaining myself in this post resulted in a list of reasons. But, as I typed, I realised all the reasons were actually elaborations of a single problem, and a single question. And so, we shall begin there instead.

Here’s the problem – I can’t think of an unselfish reason to have a child.

All the reasons I listed above are selfish reasons. Having a baby benefits me because I like them, believe I will enjoy raising one, and like the idea of having someone take care of me when I’m older.

Here are some other common reasons, which are shrouded in greater purpose, but which I believe to also be selfish:

I want to have a child so that I can give them the opportunities I didn’t have growing up.

Translation: I want to live vicariously through my child in order to redeem my own disappointing life.

I want to have a child to continue the family tree.

Translation: I want to feel like my hard work in maintaining my father’s legacy has not been a farce and will be continued.

Here’s an alternative translation: I don’t want to bear the guilt and/or nagging of being the one to let the family down by not continuing the family tree.

Now, if you’ve followed me so far, you probably either really relate to this problem, or find it completely alien. Either way, remember how I said my thoughts on having children boil down to a single problem and a single question? Well, how you view my problem depends on how you answer my question.

Here’s the question – Is being alive a joy or a burden?

Before I continue, I just want to clarify that I am well aware that the answer isn’t black or white. There are times when being alive is wonderful, and others when you literally wish you were dead.

For people who think being alive is mostly a joy, the problem of selfishness doesn’t even cross their minds. It’s a non-issue because it’s a win-win situation – I get the joy of having a child, while the child gets the joy of being alive.

From the being-alive-is-a-joy perspective, the child always wins, so it simply comes down to whether or not a person wants to become a parent.

This perspective, when taken too far, can even render a potential mother’s opinion on the matter, or worse, life, irrelevant. If all new life is a boon, then it follows that abortion is an abomination and all women impregnated through rape should carry the baby to term.

If you haven’t already guessed my stance on the question from my choice of words, let me spell it out for you – I do not believe being alive is, on average, a joy.

That’s right, I am on team life’s a bitch and then you die.

Don’t get me wrong, it’s not that I think life is a total shit bucket. It’s just that I think life is not as rosy as we sometimes think or pretend it is. Most days, we toil at jobs we don’t like and consume media that makes us feel jealous. Even the most fulfilled and #blessed amongst us go through a daily torrent of negative experiences including tiredness, hunger, irritation, niggling aches and pains, and boredom. Basically, life is made up of occasional highs, just as many lows, and a constant stream of “meh”.

Therefore, we have a huge responsibility to carefully consider if we want to create another human being and put them through the meh-ness and daily struggle that is life.

To bring us back full circle, it’s this view that life itself is subpar that makes my earlier articulated problem pertinent. That is, if we agree that life on average is not great, then it’s a big problem if life is only created to fulfil a person’s selfish desire to become a parent.

At this point, I’d like to take a moment to highlight that a lot of my thoughts on this subject are not my own. Instead, I owe a lot of my thinking to anti-natalist philosopher David Benatar and the New Yorker article, The Case for Not Being Born.

Is it okay to bestow a life of meh to another being, for your own satisfaction?

Because your own satisfaction isn’t even guaranteed. Your marriage might fall apart, you might find out you dislike raising kids, or even dislike your own child. You might suffer from post-partem depression. Your child might turn out chronically sick, disabled or just your run-of-the-mill rebellious brat, and therefore severely reduce your own quality of life by having to take care of him.

After interviewing dozens of children who are different, and their parents who raised them, Andrew Solomon observes in his wonderfully insightful and empathetic book, Far From the Tree, that most parents conclude they are better people because of their child and her differences. Yet, given the choice, and knowing then what they know now, many would choose not to have the kid at all, and spare themselves the heartache and grief. This sentiment was especially common amongst households that were less well off and lacked the resources to lavish world class care on their child.

Knowing this, and knowing you have zero guarantee your child will be boring as boiled rice, don’t you owe it to yourself and your hypothetical child to think carefully and deeply if you are prepared for the responsibility of bringing new life into the world? Here’s another way of looking at it – if it isn’t a guaranteed win for you or your child, is it really okay to burden another being with sentience?

To me, it becomes hard to answer yes.

It bears stating that I also considered this from an environmental standpoint, and did some quick Googling on the subject of overpopulation, only to learn that it’s not a huge issue and the jury is largely still out on its impact. So, in the interest of objectivity, I will not bolster my argument with a sanctimonious global citizen statement on how having kids is bad for the earth.

I’m not depressed or trying to depress you. I’m just giving my opinion on the matter.

I simply have yet to find a reason for myself to have children. I am open to reconsidering, but regardless of my eventual decision, the fact remains that having kids is a weighty responsibility and needs to be considered quite carefully.

Perhaps it’s also that I haven’t felt my biological clock ticking. Perhaps it’s faulty, I don’t know. Maybe, if it were to kick in, I’d feel so compelled to have kids that my selfish reasons become sufficient justification. Again, I don’t know.

Regardless, let it be known that I zero-percent judge you for having children. These are my opinions, and they stem largely from the belief that I think life is not all it’s cut out to be, so I have little reason to go about bestowing it to someone else like it’s a gift. And also because I cannot think of any compelling and unselfish reasons to have children. If you do not share my beliefs, then we are not in opposition, as our starting points are not the same.

Quite the opposite actually! I will probably be quite eager to visit you and your kids if you are to have some.

Before I go, I’d like to reiterate that I don’t hate kids, and am, in fact, quite good with them.

At the start, I talked about the two baby visits that inspired this post. The first baby I visited, was Baby N who was hyper-energetic and unerringly friendly. At one point that afternoon, her mother left me with N for half an hour. By this time, we were already friends, and so she didn’t blink an eyelid when her mother left. Instead, she continued to zoom around the living room floor. The only rests she took from her frenzied crawling occurred when I interrupted. Catching hold of her, I’d lift the sweaty little bug high up into the air, leaving her giggling and dizzy with delight.

A few days later, I visited newly born baby C and his tired mum, M. This was a much more subdued affair as C was only a week old. I talked to bleary-eyed, first-time parents M and L about their experience so far and shared some of my own backseat parenting thoughts. For much of the conversation, I had the pleasure of having baby C sleep soundly on my slouching body. If you’ve ever had the pleasure of experiencing it, you’ll know it’s quite soothing to have a tiny baby resting on your chest. The way you talk and the people talking to you subtly adjust, and the whole atmosphere becomes much gentler.

The next day, M texted me to say that C slept throughout the night for the very first time without fussing. She then thanked me for her first night of sanity and sleep since C was born. Personally, I’m pretty sure this was bound to happen at some point, and it was just coincidence that I visited prior to it happening. Regardless, it was nice to hear that, and to know that I am welcome to play and carry baby C in the future!

For someone who doesn’t particularly want her own, I think a lot about how best to raise kids.

With N, I observed how her mother, S, skilfully deposited her into her room and switched off the lights when it was nap time. N is trained to know that during nap time, no one will come into the room to pacify her, no matter how much she cries or demands attention. Through the nanny cam, we watched as N fussed about for a bit, then settled down into slumber.

I then conveyed these observations and more to both my sister who has two kids of her own, along with the parents of baby C. We chatted at length about parenting, how everyone has different opinions, and our own views on raising children.

Ultimately, it’s so hard to say what’s definitely wrong or right, since a nudge in either direction could lead to an infinity of different outcomes. As a parent, all you can do is to make sure their children know they are loved and that their parents tried their very best.

Some days are lazy days, and that’s okay.
Newsletter #0 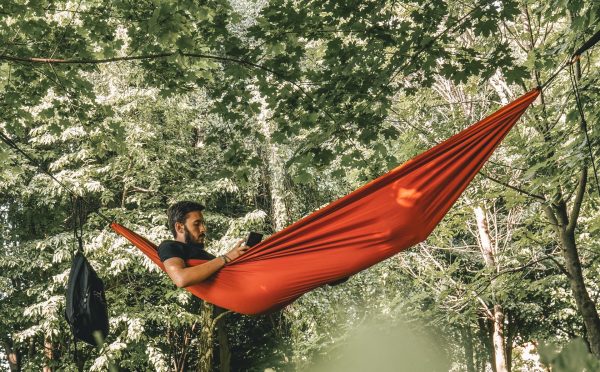 Some days are lazy days, and that’s okay. 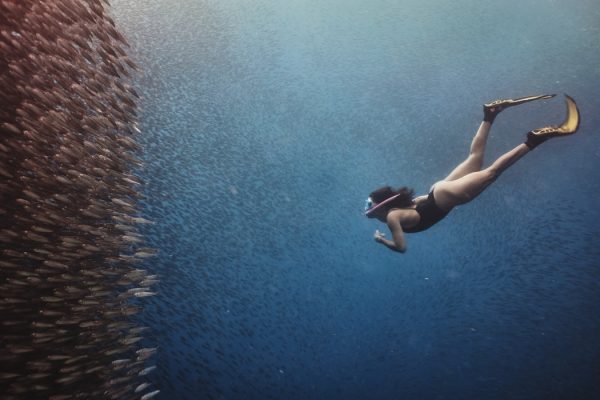