Hey there, I’m Lesley. Welcome to the latest issue of Failing Forward — A weekly newsletter where I share my experience as a bootstrapped co-founder.

There’s no bravado here. I fear failure, just like you. I write this newsletter to remind us both that failure is not just okay, it’s often the best way forward.

In my last newsletter, I wrote about reducing my social media consumption. Even though I wasn’t completely successful, I did enjoy giving my brain the chance to slow down.

I tried to sustain the effort this week but found it even harder than the week before. As it turns out, I had enough stubbornness in me to fuel a week-long social media detox, but not two.

Instead, I constantly found myself succumbing to twitter. Earlier today, I gave up and re-installed the app on my phone. I had already completely reverted to prior usage levels and frankly didn’t see the point in continuing to torture myself with the mobile web browser version.

As a side note, I’d like to highlight that things weren’t all bad. I had one breakaway success: I deleted youtube from my phone, and eradicated my youtube addiction. For most of this year, I’ve watched 30-60 minutes of youtube daily. In contrast, I watched less than an hour in total in the past fourteen days.

My brain’s urgent, desperate need to fill the void.

The thing that was most apparent from this small experiment was the immediate withdrawal symptoms.

Every time I had nothing to do, my brain frantically groped for something with which to occupy itself.

My brain has become so used to being overloaded with stimuli, not having any gave me withdrawal symptoms. I craved stimulation and the low quality dopamine hit that came with it. Horrifying but true.

Constantly looking at one’s phone might seem harmless but it’s not. All that stimuli makes your mind race. And before long, a mind constantly racing at high speed starts to fray at the edges.

You never feel rested, yet your mind never wants to rest. You have trouble focusing and things start falling between the cracks. You always choose the simple tasks and never seem to get started on the hard ones.

You feel increasingly guilty and anxious, and to distract yourself, you pick up your phone and start scrolling.

And the cycle repeats.

Does this sound familiar? I don’t mean to guilt trip you because this is also me. And it’s been me for the past year.

I don’t remember how I became like this, but I do know I wasn’t always this way.

Back when I was living in Honduras in 2015, life was slow and peaceful. I used to have long discussions with friends, read heavy books and thought deeply about them. I wasn’t able to do that before and haven’t since.

It was also the first time I heard of Vipassana, a 10 day silent meditation course. Many people told me they found the experience difficult and hence transformative.

I never did it. Simply because I didn’t think I’d get that much out of it. I believed it’d be quite easy for me to stay quiet for 10 days, and I therefore wouldn’t get the transformation everyone spoke about.

I don’t know if I was right, but that doesn’t matter. What matters is that my mind was so still back then that I believed I didn’t have much use for 10 days of silence.

Thinking back to that time makes me realise how much things have changed. I know for a fact 2020 Lesley would find silently meditating for 10 days excruciating.

Where we go from here… Gently pressing the brakes.

Two weeks ago my mind went from racing at 100km/h to 20 km/h. Jamming the breaks like that gave my mind whiplash.

This past week, I operated at about 85km/h instead. This was closer to my earlier speed, which was more “comfortable” because my brain suffered less from stimuli withdrawal.

To be clear, this version of comfortable isn’t good because it means operating at too-high speeds, which causes the above-mentioned lack of focus, anxiety, and frayed edges.

To remedy this, I’m going to steadily decrease speed. Rather than a sudden stop, I’ll gently press the brakes for the remainder of the year and see how that goes.

It’s worth noting that I don’t think I’ll go back to Honduras speed. And that’s probably a good thing – when I first came back to Singapore, it felt like I was operating at a tangibly different speed from everyone else and that made it hard to relate to people. It was uncomfortable, but for the opposite reason!

Ultimately, no matter what speed I settle at, I look forward to regaining focus and repairing some of my frayed ends. I’ll keep you posted on my progress.

Here’s what I got up to this week…

Worth a thousand words

Worth your while: Here are my favourite links from this week

Listen: How author CJ Daugherty escaped from her abusive father as a child and how that story has seeped into every story she’s since written.

This was a gripping tale with so much drama in it, it almost didn’t seem real. Thankfully it has a happy ending. I was listening to this on the radio while on the way to get my hair cut. I didn’t finish the whole segment during that drive, but found it so interesting that I searched for it online and finished it at a later date.

Funny how BBC segments are essentially live podcasts. I’m so glad to live in a time where radio shows can easily be found online. If not, I would simply have missed the ending and have no way of sharing it with you! Btw, you might have to sign up for a free account to listen.
Listen to podcast →

This is from Farnam Street. All articles here are excellent and well worth reading, this one included. This is a short and easy-to-follow article that covers some common probability fallacies like the prosecutor’s fallacy and reversion to the mean. Read it if you’d like to make better decisions based on how the world really works.
Read article →

Read: You are not late! The tech used by people in the year 2044 hasn’t even been invented yet.

An old but evergreen article by Kevin Kelly, co-founder of WIRED magazine. This article, written in 2014 and still applicable today, is a rousing treatise and optimistic perspective on how you should not worry about being late to the internet game. If you want to start something, now is a great time. You are not late. Read article → 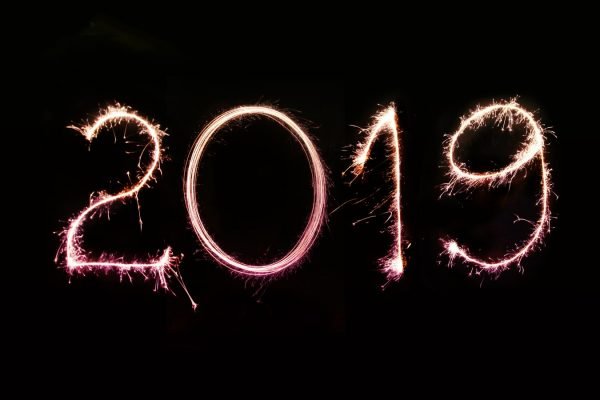 I asked the people I work with 6 questions about value

How I write this newsletter: The painful process of a bad writer.